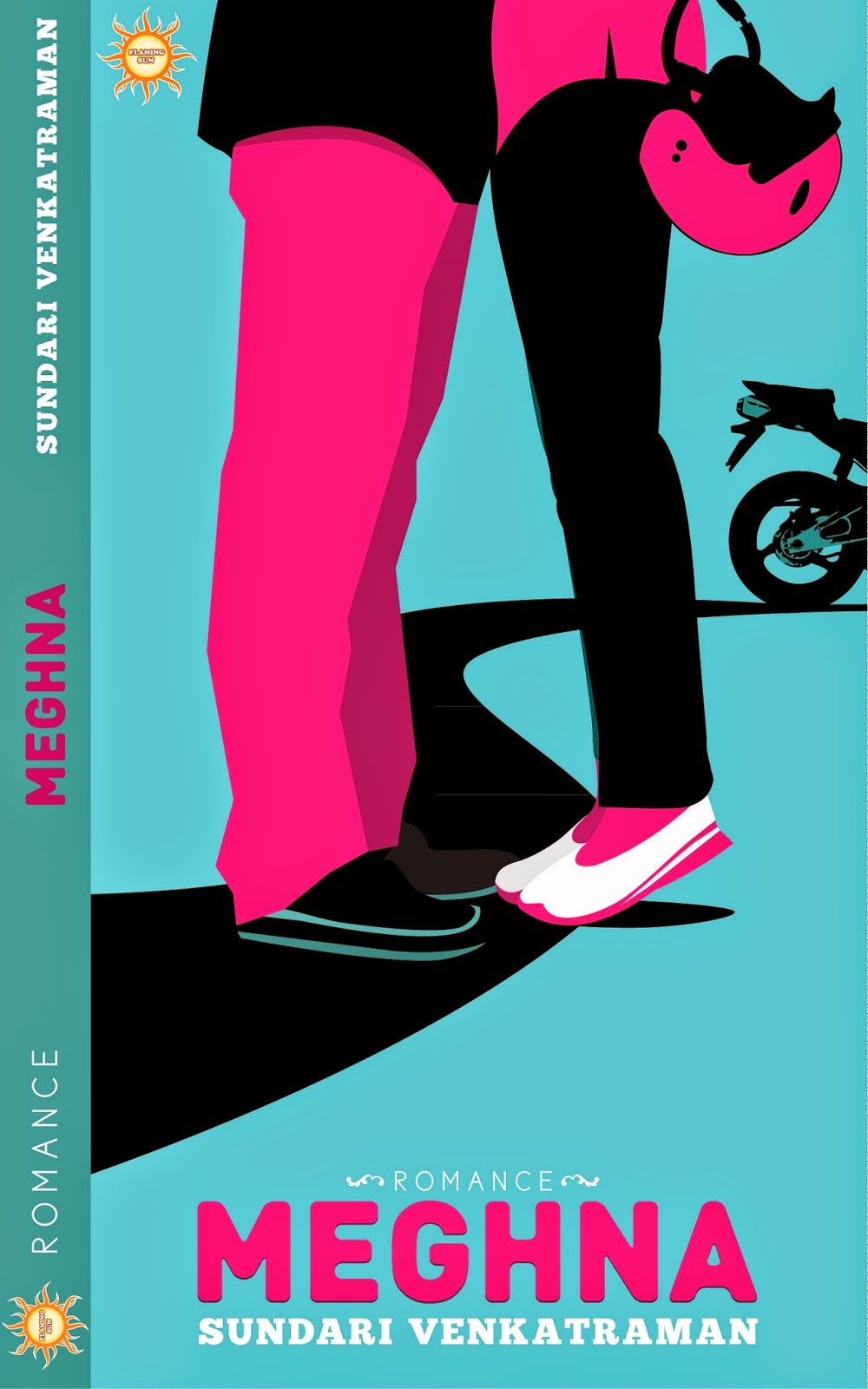 MEGHNA by Sundari Venkatraman
My rating: 4 of 5 stars

Sanjay, his wife Reema, their children Sasha and Rehaan and his sister Meghna were a very close knit family.  When Meghna and Sanjay's mother, Sushma died of a heart attack, they were devastated.  So was Rahul, Sanjay's best friend, because Sushma was like a mother to him as well. Rahul was just as much a part of this close knit family and grieved right along with them. Meghna was only 16 but she worshiped Rahul.


"She was so that she barely reached his shoulder.  She hadn't lost her puppy fat yet but had the beginnings of a real beauty.  Her large grey eyes with long,thick dark lashes looked up at Rahul trustingly."

Rahul leaves after college, to join his father (Shyham Sinha) at their bank.  Once Rahul was settled in on the bank's board, bringing in new ideas and acclimaing to life in London. Finding his own group of friends, and activities he liked to pursue.  His selfish Mother (Rajni) never usually paid any attention to him but decided to throw him a party. It was a Congratulations party because the members of the bank board accepted his proposal!  Rajni deviously just wanted to flash her handsome son off in front of her friends and arrange a marriage to Aisha for her own mutual benefits.  Rahul realizes the only woman he truly cares about is Meghna.


He recalled his last day in Mumbai six years back.  He could still feel Meghna in his arms.  He had kissed her innocent lips, forgetting she was barely 16."

Rahul decides to take a break from work and visit Sanjay,Reema,Sasha and Meghna back in Mumbai.  This is my favorite part of the story when Rahul sees Meghna beautiful, all grown up, teaching dancing classes and working as a copywriter at a website.  Both Rahul and Meghna have changed and struggle to move their relationship into adulthood and beyond.  Meghna makes some dangerous choices and jumps the gun not really trusting Rahul but deep down she's been waiting for him to come back for her.  Will they make it? Will they get married??


"The woman from Venus couldn't quite comprehend the kind of dread this male specimen from Mars was suffering from."

I also wanted to read this book because my name is Meghan and I wondered what a Meghna would be like.


" Meghna was just the perfect name for her.  Her grey eyes reminded him of dark, rain-bearing clouds.  The lightning temper in her eyes and the thunder in her expression added to his conviction.  Just now the grey eyes were smiling guilelessly up at him."

Meghna also loves to dance, is fiercely loyal to her family,and is quick to make decisions. She is emotionally a bit dramatic and stubborn especially when it comes to trusting Rahul. She also is a little rebellious whereas Rahul has been living in the corporate, rich world.  That's all part of growing into a relationship.


"She knew that he had always loved her.  He had even told her so that very evening, dammit.  Didn't she have any faith in him?..."

In a way I am sort of like her, young, pretty, creative, emotional but I've dived more on the wild side of life.  Everyone also thinks it's really hilarious to make me mad just like Rahul does to Meghna.  Why do men think we are beautiful when we are angry? Arrrgggghhh!!

I liked the suspense and drama between Meghna and Rahul because you never quite know till the end whether they are gonna make it or not.  Plus their love is so innocent and naive, because in life they both only wanted each other...never anyone else. They also make some pretty hilarious comments towards each other!!


"What was wrong with the man? She had made a tremendous effort to get all decked up for his sake.  She had never taken so much trouble over her looks.  And look at him; he behaved like he was blind."

Sanjay and his wife Reema do their best to give advice when it's appropriate and stay out of the way when they can see the couple needs to work out their issues. They are a wonderful example of what a healthy relationship is and I think that makes a big impact on Meghna and Rahul.  It's an important aspect of the story because Meghna's parents have passed away and Rahul's parents don't have a healthy relationship at all.

I enjoyed this story, which says a lot because I am not a big romance book fan.  I'd love to read some more or Sundari Venkatraman's Books.

I was given a free copy of this book in exchange for my opinion.
My amazon review
To purchase Meghna ~ Amazon
Sundari's other Books : The Malhotra Bride 4 stars, Double Jeopardy 4 stars
Sundari-Venkatraman's Amazon Page

View all my reviews